What happened to the book?

What will you do to make up for it?

How are you getting on? I’m writing this email to say sorry, because I lost the book which I borrowed from you a week ago. I want to make up for my error. I will buy the same one from the bookstore and send it to you. What do you think of my method? I hope that you can forgive me. I am looking forward to your early reply. 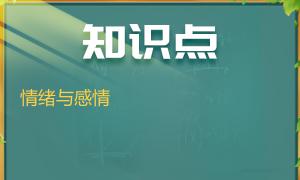 What happened to the book?

What will you do to make up for it?

How are you getting on? I’m writing this email to say sorry, because I lost the book which I borrowed from you a week ago. I want to make up for my error. I will buy the same one from the bookstore and send it to you. What do you think of my method? I hope that you can forgive me. I am looking forward to your early reply.

The traffic(交通) here is terrible, too. There are too many cars on the street. So it's    114    for me to drive to work. There are also many people on the bus and on the subway.

One of my best friends went abroad to enjoy her holidays, so the job of looking after her dog Missy has been given to me. A few months ago, Missy came to my friend’s house. She looked terrible. She has been abused for a long time.

When we first visited my friend and Missy, my friend had to gently pull her over on a lead (牵绳) to get her to come to us. She wanted to come but afraid to do so—the poor, beautiful thing. Clearly Missy came to the right home. My friend has given birth to a baby of his own and shows the love of a mother. This is just what Missy needs. Thanks to the love of my friend, she has changed into a new dog step by step. Sadly, she is still afraid of strange humans. I hate to imagine what the dog must have gone through.

Now, Missy trusts me completely, so I can touch her berry（肚皮）.While standing, she will jump up so gently to be closer to me, putting her paws（爪子）on my legs as she looks at me with those beautiful eyes.

Missy is really brave. She has the courage to try again, to open her hearts, and to know that not everyone is the same kind of people as before. Keep it in mind that tomorrow is another day.

A．the writer has learned the skills to communicate with Missy

B．the writer has made Missy understand and follow her orders

C．the writer has succeeded in winning the trust of Missy

299．According to the passage, what is the writer’s suggestion?

Have you been asked for money by some disabled beggars(乞丐) while you're enjoying shopping? Do you have any pity on(同情) them who are so poor and lonely or do you just feel afraid of their terrible shapes? As one of the most special groups, disabled people's living conditions(条件)—not only their material(物质的)  conditions, but their mental(精神的) world, really need improvement. The treatment for disabled people  should go like this: First, don't look down upon them. Don't be afraid of looking at the terrible shapes of the disabled. Try to treat them equally. Because they are a part of society(社会), we can't discard(抛弃) them. The second is to help them as much as we could. If you can be a volunteer and do some work for disabled people, that would be very nice. That does help not only to the disabled people but also to yourself because you will feel good after your kind action.

If every one of us gives a little love, the world will become a beautiful wonderland!

A．disabled people are poor, but they are happy

416．Which of the following statements is TRUE?

D．The best way to help disabled beggars is to give them lots of money.

I remember the green coat in my fifth and sixth grades.

When I needed a new jacket, my mother asked what kind I wanted. I described something like bikers wear. She listened long. I thought she understood for sure the kind I wanted.

The next day when I got home from school, I discovered, on m y bed, a jacket which was not what I had expected. I went close to the jacket slowly, as if it were a stranger.

From the kitchen mother shouted that my jacket was in the closet. I rushed and pulled at the clothes in the closet, hoping the jacket on the bed wasn’t for me but my brother. No luck, I wanted to cry because it was so ugly and so big. But I knew I’d have to wear it a long time before I’d have a new one. I looked at the jacket, like an enemy, thinking bad things before I took off my old and small jacket.

I put the big jacket on. I stood in front of the mirror（镜子）, turning right and left. I looked ugly.

I threw it on my brother’s bed and looked at it for a long time before I put it on and went out, smiling a “thank you” to my mom.

The next day I wore it to school. At the morning break, my best friend, Steve, looked at me for a long time. The girls turned away to whisper. The teachers looked my way and talked about how foolish I looked in my new jacket. When it was time for the whole school to get together on the playground,____Although they didn’t say out loud, “Man, that’s ugly!” I heard their talk and even laughter.

And so I went, in my jacket. So embarrassed, so hurt, I couldn’t even do my lessons the rest of the day. I received Cs on tests.

I wore that thing for three years. All in those years no love came to me.

I blamed（指责）that jacket for those bad years. I blamed my mother for her bad taste and her cheap ways. It was a sad time for the heart. Anyway, I spent my sixth-grade year, looking forward to something good to happen to me.

And it was about that time I began to grow, still in that green ugly jacket, which had become my brother who went along wherever I went.

A．I thought she understood for sure the kind I wanted

C．I put it on and went out, smiling a “thank you” to my mom

12．Which of the following sentences can be put in the    ?

Fears are something we all have. You need to face your fears and to get over them. However, it’s easier said than d71．. Running away from your fears doesn’t make them leave. It just makes them b72． than ever. We’re never going to be completely fearless of everything we do, but we can at l73． be more fearless and confident.

What are the fears that scare(吓唬) you much? Check w74． they are and get them out in the open. Are they things like height or snakes? Are you a75． to talk to girls or boys? Are you so shy that you are fearing to say the wrong things? These are common fears that i76． your daily lives.

Before you can f77． them, you need to learn more about what makes you fearful of these situations. Communicating your fear is one way. Other people may be able to realize your anxiety(焦虑) b78． they know something you don’t. It could be from past experience, something that you could never forget and has made you fearful since then.

To face fears, you have to believe in something. It’s a very healthy way of letting you feel as if nothing can go w79．. When you feel that way, you may be able to think differently about your f80．. You will be able to believe that everything will be okay. Everything does end up being okay.