提示问题：●What did you do to accumulate knowledge?

●What have you learned from doing so?

Without accumulating, we can hardly achieve anything. As for me, I have taken lots of measures to accumulate knowledge. First of all, I attentively listened to the teachers, parents, and the others who could provide me with much knowledge, considering that it was one of the most effective ways to enrich myself. In the second place, I used to observe something carefully and took note at the same time so that I would not miss anything important. Last but not least, when having spare time, I chose to read various books and reviewed what I had gained regularly. 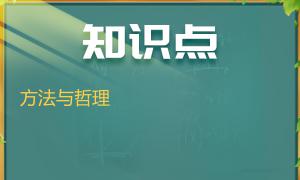 提示问题：●What did you do to accumulate knowledge?

●What have you learned from doing so?

Without accumulating, we can hardly achieve anything. As for me, I have taken lots of measures to accumulate knowledge. First of all, I attentively listened to the teachers, parents, and the others who could provide me with much knowledge, considering that it was one of the most effective ways to enrich myself. In the second place, I used to observe something carefully and took note at the same time so that I would not miss anything important. Last but not least, when having spare time, I chose to read various books and reviewed what I had gained regularly.

In today’s society, every day may face some kinds of stress (压力) and difficulties from work, school or family. They can influence both our bodies and our minds (头脑). So learning how to deal with (对付) stress is very important for keeping healthy. Well, how do we reduce stress? In my opinion, the best ways are exercise and contacting with nature (亲近自然).

For example, we don’t have to go to a gym or spend much money on exercise. In fact, walking or riding to work is OK for exercise. The second way of dealing with stress is to make contact with nature. You can take many ways, including walking in the forests, hiking in the mountains or walking in the garden. Nature is very great and if you can make contact with her, you can enjoy the smell and the sight of green plants and then let you feel delighted.

Some of these activities can let you get exercise, but also you can enjoy the beauty of your garden every day. So, take my advice and start now if you meet some kinds of stress in your work or study. Good luck!

36．Which is TRUE according to the passage?

A．Stress only comes from school.

B．Stress is only bad for our minds.

C．Reducing stress is not a very important thing for us.

D．Making contact with nature is one of the best ways of reducing stress.

38．Which way of making contact with nature is NOT mentioned according to the passage?

A．Walking in the garden makes you get exercise.

B．Contacting with nature is good for your health.

C．The two ways of dealing with stress are useful for you.

D．Both getting exercise and contacting with nature are not good.

How to Succeed in High School

You have been familiar with the learning environment in your middle school, and it feels like home. So it is not always easy to say"   1    " to middle school.

After entering high school, you may face some new challenges. The schoolwork may become more difficult and require greater skills. Most students need support. Teachers and parents may give you a hand. However, you can't  2   others all the time. What can you do？Here are some suggestions：

Understand what kind of learner you are. Do you need silence to focus？Then make sure the TV is not on when you are studying. Provide yourself with a   3    learning environment at home. Some students focus better in the morning；others at night. Find the right  4    so that your efforts will work well.

Learn to be better organized. It might be helpful when you get used to making a to—do—lit of all your schoolwork, and checking each item off when it is completed. Try to   5  your work. This will create smaller, more manageable tasks out of the larger ones. Big projects seem less difficult if they are done step by step.

Form good reading habits. Read every day — the more, the better. It doesn't matter what you read. Reading newspaper regularly is a good choice. Newspapers provide plenty of details and background.  6   ,information you get from newspapers is usually official and true.

High school life can be enjoyable. Old friendships might come undone and new ones will develop. Hope you will feel confident and perform well in high school!

Write at least 60 words on the given situation（根据以下情况填写一篇不少于60个词的短文，标点符号不占格）

When your dream is to become a footballer, nothing should get in your way—even if you have no feet.

Gabriel Muniz, an 11-year-old Brazil kid, was born without feet. Although his family thought he would have serious difficulties living a normal life, he started walking before he was one year old. His mother would go after him, expecting him to keep falling, but he never fell. It took him a while to make the jump from walking to playing football, but he did make it. And, in fact, there’s nothing he loves more than playing football. In his school, the skillful youngster(年轻人) is not only the best player in his school team but also the captain of his gym team.

He knows that his disability means he’ll never be able to play for a professional(专业的) football team. So Gabriel is hoping that football will one day become a Paralympics (残疾人奥运会的) sport. He proved to everyone there he could go head to head with any other boy. Watching him play is unbelievable. He’s fast and he’s got a big bag of tricks—he’s very skilled and he does everything he can to copy his hero, Messi so much that he is invited to go to Spain to meet his hero Messi and show his talent in the Barcelona Football Club.

His coach says he is proving the disability only exists(存在) inside our heads and he is challenging(挑战) the socialnorms.

A．He can’t see and hear anything.

C．He was born without feet.

D．He often argues with his partners.

A．thinks others laugh at him

C．prefers playing for a club

183．Which of the following is NOT true according to the text?

A．The boy’s family was surprised he could walk well.

B．The boy wants to play football in the Paralympics.

C．The boy has too much difficulty living a normal life.

D．His coach has noticed the boy’s hard job and talent.

184．What is the best title of the passage?

Lots of kids hate school，a new study found. Usually this kind of feeling doesn't last long.But what happens if you feel this way too much? School is a fact of life and getting a good education can help you build the kind of future life you want. So let's talk about school and what to do when you don't like it．

If you don't like school，the first step is to find out why. You might not like school because you don't have enough friends，or maybe you don't get along with your teacher. Sometimes it's a big problem with your classes and schoolwork. You may be getting farther and farther behind，and it may seem like you'll never catch up.

When you know why you don’t like school，you  can start taking steps to make things better. It’s a good idea to talk to someone about your problems with school. Your mom，dad，teacher or school counselor(顾问) will be able to help you. Another good idea is to write down your feelings about school in a notebook. It‘s a great way to let out emotions(情绪)．Remember， you don't have to share what you've written with others.

52．What does the underlined word “it” refer to(指的是)in the first paragraph?

54．How many reasons why you don't like school are given by the writer?

A．keep silent about your problems

B．share what you've written with others

C．write down your feeling about school

D．get along well with your classmates