提示问题： ● When is the best time to visit Beijing? Why?

● What can you do to experience Chinese culture in Beijing?

I’m glad that you are going to visit Beijing and experience Chinese culture next year.

I think the best time to visit Beijing is in autumn, because you will feel the most comfortable then. It is neither too hot nor too cold.

If you want to know more about Chinese culture, Qianmen area is a good choice. You can drink tea and enjoy the Beijing Opera at Lao She Teahouse. And you can also taste delicious Beijing food there. Besides, the Palace Museum is a good place to learn the history of Beijing.

Hope to see you soon in Beijing. 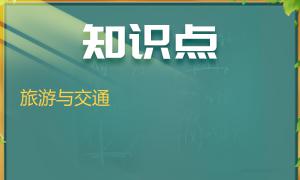 提示问题： ● When is the best time to visit Beijing? Why?

● What can you do to experience Chinese culture in Beijing?

I’m glad that you are going to visit Beijing and experience Chinese culture next year.

I think the best time to visit Beijing is in autumn, because you will feel the most comfortable then. It is neither too hot nor too cold.

If you want to know more about Chinese culture, Qianmen area is a good choice. You can drink tea and enjoy the Beijing Opera at Lao She Teahouse. And you can also taste delicious Beijing food there. Besides, the Palace Museum is a good place to learn the history of Beijing.

Hope to see you soon in Beijing.

About five or six years ago I went to London for the first time. It was in the summer holidays and I went with my    11   . It was quite expensive by plane or train, so we    12    to travel by coach(长途汽车). We left at five in the morning and the    13    took about sixteen hours. We stayed in London for three days, in a youth hotel not far from the city centre. My friends and I    14    a big room on the top floor. The beds were not very comfortable and the bathroom was very small,    15    it had a wonderful view overlooking the River Thames.

While we were in London we went to a lot of places. On the first day, we went to see all the main sights(名胜),    16    Big Ben, Piccadilly Circus, and Buckingham Palace. On the second day, we went shopping on Oxford Street. On the    17    day, my friends and I went to Camden Market. You can buy all kinds of jewelry and clothes there. I bought a silver    18    for my sister. It was really sunny in the afternoon, so we went to watch a football game. Unluckily, I think the ring fell out of    19    pocket during the game, and I had to buy another one.

I really enjoyed visiting London, although the youth hotel was not    20   . Next time, I will stay at a wonderful hotel, but I guess I will never feel as excited as I did that first time.

I had a great time on my trip to Canada. I went with two 46．(teacher) and all my classmates.

On my favourite day, we went on a really long walk in the mountains. We had to c47． all our things in bags on our backs. It was hard work but we didn’t get 48．(bore) because we chatted all the way. We had a rock climbing lesson just before our picnic lunch and later afternoon we arrived at a lake. There we camped for the night. I helped build the fire. Two of the older students cooked dinner. After dinner, we sat around the fire and 49．(sing) songs and made wishes in the dark.

Egypt is one of the oldest civilizations (文明) in the world. It has great culture and history. Let’s take a look at some wonderful places in the country.

Do you think it might be fun to ride a camel in the desert? If so, you should go to the Arabian Desert. It is also known as the Eastern Desert. It takes up nearly one-quarter of Egypt's land. Riding a camel is fun. Camels kneel down to let you sit on them.

If you want to see ancient palaces and buildings, Luxor is a great place to go. People there call it the "open-air museum of ancient Egypt". Many people visit Luxor every year. Some famous places there include the Valley of the Kings and the Valley of the Queens.

The Great Sphinx is a statue of a lion with a man's head. It's very large. The Sphinx is about 240 feet long (about 73 m) and 65 feet high (about 20m). Its eyes are two meters high! For hundreds of years, the Sphinx has guarded(守卫) the Great Pyramid of Khufu.

21．What can we know about the Arabian Desert?

A．It is the third largest desert in the world.

C．It is located in Western Africa.

D．It is famous for its large number of camels.

22．What does the underlined word “it" refer to in this passage?

23．Which of the following places is NOT in Egypt?

If you look around the streets of London, you'll see the many methods people use to move around. Whether ifs a way to work, a trip to the shops, or a sightseeing trip, there are people on buses, the underground, cars, motorbikes, bicycles and even roller skates. The roads are already    50    : and now there's a new addition: electric, or "e-scooters".

This traditional children's vehicle has become more welcomed over the years. And now, with a small electric motor, it's become a cheap and easy way of    51    . Scooting around town can be fun and doesn't need much effort, so they're becoming increasingly welcomed in cities around the world. But following some serious accidents caused by an electric scooter in the UK, questions are being asked about their safety and    52    traffic laws should be changed.

Some scooter riders have been seen on pavements; others on the road jumping red traffic lights, adding to traffic jams on the road. In the UK, the law says that riding one on the public highway or pavement is not    53    . Riders now face a £300 punishment and six points on their driving license for doing so. But, still e-scooters can be seen    54    . And now users are calling on rules to be changed.

The UK government is looking at how safely they can be used on the road and is examining the law again. But the official said, "It is an    55    product. We know there is need among people. However, safety must always be the first to consider when talking about their use on public highways in this country."

There are dangers in riding a two-wheeled scooter. Some of them can drive at high speed, over 30mph. They sometimes only have one brake (刹车) and no lights. It seems more work needs to be done to give e-scooters a safe and right space to travel in.

The opening of the Beijing—Zhangjiakou high-speed railway took place in December, 2019. The railway is a milestone in China’s railway development because it has used the latest technologies in railway building.

The railway is 174 kilometers long, with 10 stations. The stations are managed by one control center, which is described by China Railway Beijing Group — also known as CR Bejing — as an “intelligent (智能的) brain”. The center collects and shares the stations’ real-time information. “With the information, the workers in the center can control the stations’ lighting and temperature, monitor (监测) trains’ operation and deal with emergencies(紧急情况).” said Zhu Dianping, from CR Beiing.

Zhu said some trains on the Bejing—Zhangjiakou line are “smart” as they provide 5G signals and wireless charging (无线充电) for passengers, as well as intelligent lighting. These trains can start and stop, open and close doors, and deal with emergencies themselves.

All the ten stations provide e-ticket services. Travelers who have bought tickets online can use their ID cards instead of waiting in line for paper tickets.

At Qinghe Railway Station in Beijing, China’s first visual remote ticket vending machine (远程可视售票机) has been installed (安装) to help passengers who are not able to afford tickets online. Passengers keep in touch with the conductor through the machine and buy tickets according to video instructions.

In addition, the Badaling Great Wall Station, the deepest underground railway station in China, is another great example of the country’s achievements in railway building.

16．What does the word “milestone” mean in Chinese?

18．Which is right according to the passage?

A．Each station has a control center.

B．All the trains can start and stop themselves.

20．What is special about the Bejing—Zhangialou high-speed railway according to the passage?