Like many kids, Alan is a fan of science. But this 14-year-old eighth-grader used his science skills 1 ． others. He created three prosthetic ( 假体的 ) 2 ． using a 3D printer during his after-school program. He designed the 3 ． hand for practice. The second one was designed for a 6-year-old boy, and the third was made for a disabled teacher at his school. Combining his love of science and his willingness to help others ， Alan plans to make one 4 ． hand before the year ends. He 5 ． wants to do something good and helps more people. 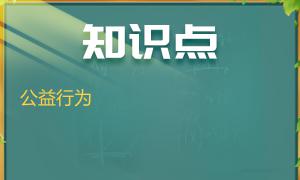 Like many kids, Alan is a fan of science. But this 14-year-old eighth-grader used his science skills 1 ． others. He created three prosthetic ( 假体的 ) 2 ． using a 3D printer during his after-school program. He designed the 3 ． hand for practice. The second one was designed for a 6-year-old boy, and the third was made for a disabled teacher at his school. Combining his love of science and his willingness to help others ， Alan plans to make one 4 ． hand before the year ends. He 5 ． wants to do something good and helps more people.

I had to stay at Dallas Airport that night, waiting for a transferring flight（转机）.

Time flies. My summer vacation ended in the blink of an eye, but one thing is still on my mind. From July 25 to 27, I worked as a volunteer at the Wolong China Giant Panda Garden in Sichuan. I experienced the life of being a panda keeper.

My work included cleaning the pandas’ home, feeding the pandas and making food for them. The panda I took care of was named Jingke. When I went to feed him, he would stretch(伸出) one of his forefeet out on a shelf that hung on the fence and wait for his food. He would quickly grab the food as soon as I brought it to him. Can you guess what would happened next? Jingke would lie down and begin to eat. I could hear him crunching(嘎吱作响地咀嚼) on his food and see him twisting his body around like a dancer. It was really cute. This was one of the most interesting things I saw when I worked there.

When I fed Jingke, I touched his fur(毛). Most people think that panda's fur would be soft. But actually, panda's fur is very hard. I felt like I was touching needles.I looked at his teeth, too— they were sharp and big. No wonder the panda keepers told us that pandas are not only cute, but also dangerous.

I am happy to be so close to the pandas. This experience lets me know that it is no easy to be a panda keeper.

16．What is the meaning of the underlined phrase in paragraph 1?

20．What is the best title of this passage?

Li Ruyan, 13 years old, did something special last summer with his classmates in Shanghai. They worked in groups with traffic police at different crossroads in the city. Holding small red flags, the students helped keep order and stopped people from jaywalking(乱穿马路). As a part of the school project, Li’s school has encouraged its students to do more community(社区) work. After the half day of exhausting work Li told himself not to jaywalk anymore.

“I think through community work we get to help others and, more importantly, we grow a sense of responsibility(责任感),” he said.

Chinese students today do more community work, too. For example, starting from 2010, Sichuan high school students have been asked to do 10 days of community work. It will become part of their school grade.

Qian Lijun, 16, and her classmates in Suzhou, Jiangsu went to a local elder care home this winter. They put Spring Festival couplets (对联) on the walls and cheered up the people living there.

Li Xiaotian, 15, in Anshan said he used to clear flyers (小广告) from telephone poles (电线杆) with his classmates. They brought tools, towels and buckets and worked for three hours in the summer sun. “It was tiring, but seeing the clean poles without ugly ads — we really felt proud,” he said.

59．What was the special thing Li Ruyan did last summer?

D．He helped the traffic police at a crossroad.

A．Li Ruyan’s school is in the middle of a big city.

B．Li Ruyan and his classmates think it is good for them to do some community work.

C．Li Ruyan and his classmates do some community work every day.

D．Li Ruyan and his classmates often hold small flags when they cross the roads.

A．has become a very important part of education only in China.

B．is very important in school education in some foreign countries.

C．is the only part of the school project for teenagers around the world.

D．needs students to finish at least 1,000 hours of community work.

62．In which country the students need to finish forty hours of community work before graduation?

A．In the United States and Canada

63．Which of the following is NOT TRUE according to the passage?

D．The students in Anshan cleaned the walls in the summer sun.

Most people today are only worried a41． getting good jobs to make lots of money. In their free time, they think about what to do for 42．(funny). H43．, few people think about what they can 44．(do) to help others. There are many people who are less lucky than45．(we). Volunteering our time to help these people is  46． good way to spend our free time. 47． example, we can make plans to visit sick children in the hospital or raise money for 48． (home) people. Some people even stop doing their 49．(job) for a few months a year to move to another place, like one of the  50．(country) in Africa, and help people there.

Last year, I worked in a middle school near my mother’s house, and I stayed with her for a month. During that time, I helped her do some housework and buy some food.

After the first week, I noticed that the food was eaten up very quickly. Then I began keeping an eye on my mum. To my surprise, I found that she would put some of the food into a paper bag and go out with it at about nine every morning. And finally, I decided to follow her. I saw her taking the food to the street children. She would also spend a lot of time talking and playing with them.

One day, I talked to a neighbour and found out that my mum was well-known in the area. The children were very friendly with her and even thought of her as their own mother. Then it hit me—why wouldn’t she want to tell me about it? Was she worried that I would stop buying food if I found out?

When my mum got home, I gave her a big hug(拥抱). I told her she didn’t need to keep it a secret from me. And she told me something about the children. Some of them lived with an old lady in a small house. Others slept on the street. For years, she was helping the poor street children by giving them food. After she told me everything, I was so moved by how selfless(无私的) she was. She helped others in need. As her son, I was so proud of my mum.

I continued to buy food for my mum after that. But I always added one more bag for her other children.

121．After the first week, the writer noticed that .

A．the food was put into a big box

C．the food was eaten up quickly

123．How did the writer feel about his mum after she told him everything?

A．He was proud of her.

B．He was confident in her.

C．He was angry with her.

D．He was worried about her.

A．make friends with the children

B．get a hug from his mother

C．become well-known in the area